Our mission at Prophetic-ED is to provide access to God’s voice in everyday life with our team of professional Apostles and Prophets.

Prophetic ED is a unique prophetic application of the New Testament with an uncommon vision and mission for 21st century prophetic service. Our motto is “We Plant Prophets”, taking its cue from scripture’s church planting model. In today’s world, prophets are needed in every sphere of life, and they need to be accessible to the world’s multitudinous communities. However, until now there was no uniform way to plant[1] them.

Planting prophets means appointing highly trained as well as pointedly endowed prophetic communicants to set up or take over a Prophetic ED agency to put their education and skill to God’s use. In this capacity, the prophetic ministers are stationed in an assigned territory to give God’s people access to His word on matters affecting their lives. Instead of waiting for the prophet to come to town, and hoping those that come are reputable and accurate, Prophetic ED will situate its divine communications’ specialist in neighborhoods, towns, cities, and regions throughout the world to put God’s voice in earshot of His people.

The importance of this tactic is to counteract the demonic flood that is usurping Christianity, its churches, and God’s divine communicants. Once in full effect, this plan assures the word of the Lord and not just psychic readings is available to those wanting to hear from Jesus Christ, the God of gods instead of just any deity. What follows answers how Prophetic ED will implement and materialize its vision of “Planting Prophets all over the world.” Prophetic ED’s training goals rests on the establishment of a prophetic education center that leads to and is served by a prophetic agency.

To achieve these outcomes, every institute must uniformly deliver the mix of academic and practical instructions that produces the divine communicants that its agency organizations need. The most achievable onsite institutes should be comprised of diverse spiritual giftings from within its organization and those outside that are identified as compatible with it.

Participating organization vision statements should play a great role in the process that brings Prophetic ED into an area and a facility. In order for the body of ordained prophets, intercessors, divine communicants, and other prophetic ministers to staff a quality prophetic agency must demonstrate an inclination outside the church to relay its agency functions to its community beneficially.

The ideal assemblage should efficiently expedite our mutual organizations’ mandate. In effect, Prophetic ED and its agencies will clarify as well as install the spiritual guardianship every community needs from the true and living God. Screening and vetting will be accomplished by Prophetic ED’s assessments and leadership evaluations. These will isolate the those most likely to succeed in its readiness plan.

Owing to the undeniable differences in territories and people groups, Prophetic ED’s program is adaptable to every prophetic ministry model the Lord gave to His body. That is why the following was composed and compiled, to adjustably fit the uniqueness of every entity Prophetic ED will adopt, enlist, ally with, and found in its “Worldwide Prophet Planting” mandate.

As practioners we become more than just prophesiers and ministers, we become neighbors, partners, consultants, confidants, advocates, counselors and friends. Our goal is to give you access to God’s voice in everyday life.

Unlike traditional psychic hotlines and even prophecy call lines, we do not just offer prediction as a main service. Although it is included, it is not the focus of our sessions. We include strategy, analysis, interpretation, resolution, direction, planning, and outcome.

Paula A. Price is a strong and widely acknowledged international voice on the subject of apostolic and prophetic ministry. She is recognized as a modern-day apostle with a potent prophetic anointing. Active in full-time ministry since 1985, she has founded and established three churches, an apostolic and prophetic Bible institute, a publication company, consulting firm, and global collaborative network linking apostles and prophets together for the purpose of kingdom vision and ventures. Through this international ministry, she has transformed the lives of many through her wisdom and revelation of God’s kingdom.

As a former sales and marketing executive, Dr. Price effectively blends ministerial and entrepreneurial applications in her ministry to enrich and empower a diverse audience with the skills and abilities to take kingdoms for the Lord Jesus Christ. A lecturer, teacher, curriculum developer and business trainer, Dr. Price globally consults Christian businesses, churches, schools and assemblies. Over a 30-year period, Dr. Price has developed a superior curriculum to train Christian ministers and professionals, particularly the apostle and the prophet. Her programs often are used in both secular and non-secular environments worldwide.  Although she has written over 25 books, manuals, and other course material on the apostolic and prophetic, she is most recognized for her unique 1,600-term Prophet’s Dictionary, and her concise prophetic training manual entitled The Prophet’s Handbook. Other releases include The ABC’s of Apostleship, a practical guide to the fundamentals of modern apostleship; Divine Order for Spiritual Dominance, a five-fold ministry tool; Eternity’s Generals, an explanation of today’s apostle; and When God Goes Silent: Living Life Without God’s Voice.

In 2002, Dr. Price created one of the most valuable tools for Christian Ministry called the Standardized Ministry Assessment series. It is a patent pending, destiny discovery tool that tells people who they are in God, what He created them to do, and how He created them to do it. The assessment series pinpoints those called to the church, its pulpit or other ministries, and those who would better serve the Lord outside of the church.

Beside this, Dr. Price has also developed credentialing tools for ministers and professionals, commissioning criteria and practices, along with ceremony proceedings for apostles and prophets. To complement these, she designed extensive educational programs for the entire five-fold officers and their teams. 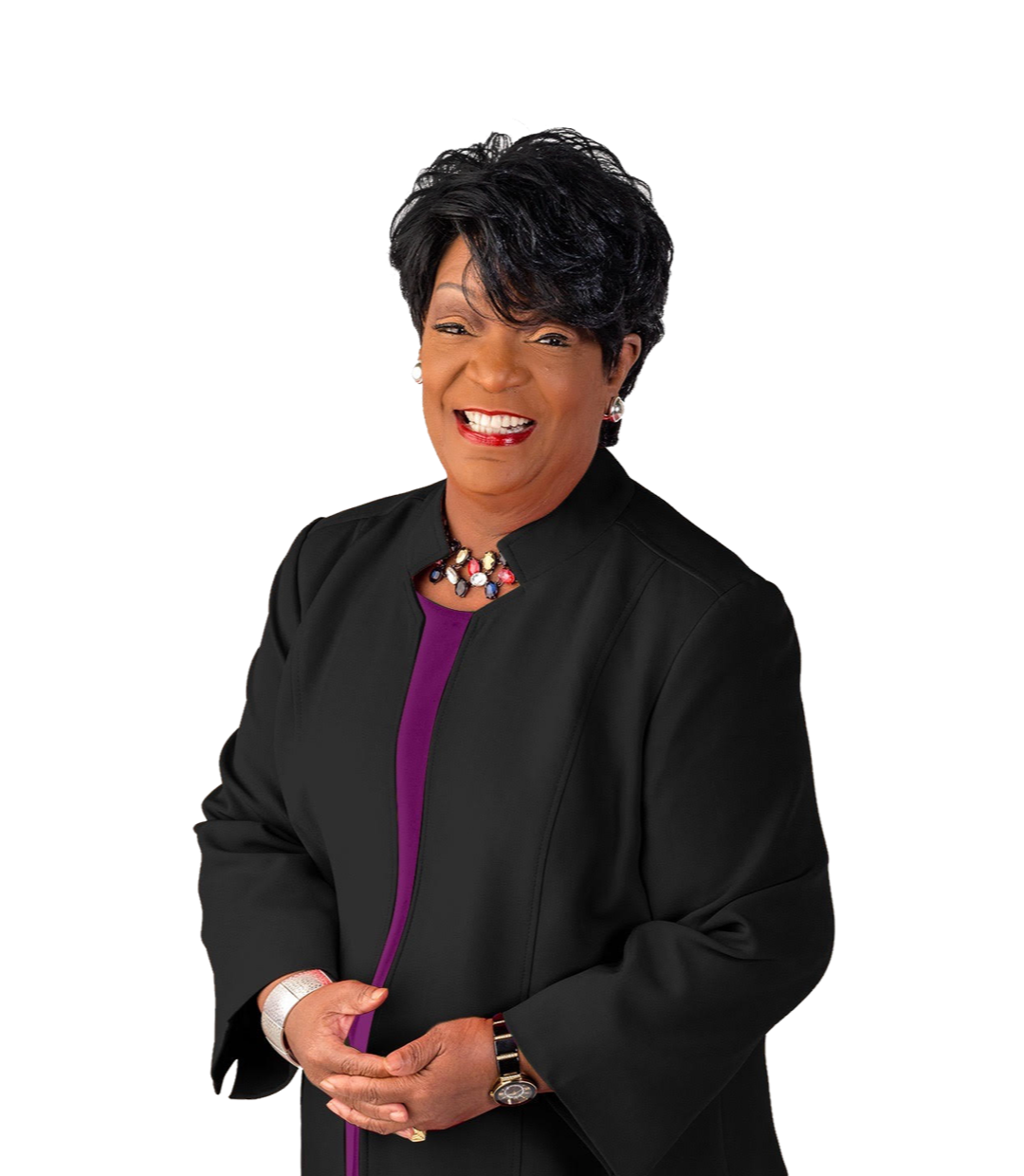 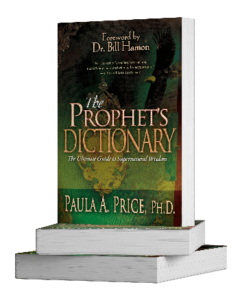 The Prophet's Dictionary by Paula Price is an essential tool for laymen, prophets, prophesiers, pastors, intercessors, and dreamers of dreams. As an all-in-one dictionary and reference book containing over 1,600 relevant definitions of terms and phrases ...
LEARN MORE 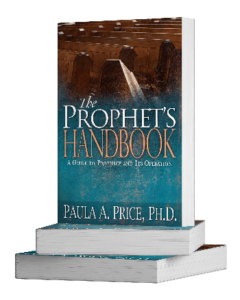 The prophetic gifts are still operating today. Discover Gods divine plan for them and how they are meant to benefit and not hinder the body of Christ. The Prophets Handbook details the roles and duties of the prophetic in the church and clearly explains its necessity.

Assessing Your Prophetic Self 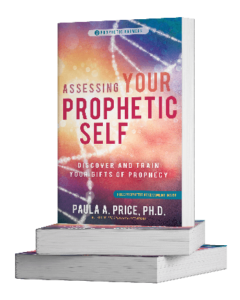 The Prophetic Primers are a series of smaller books based on the best-selling The Prophet's Dictionary and The Prophet's Handbook that will bring clarity, discovery, and definition to the training of prophetic gifts. In Assessing Your Prophetic Self, Dr. Paula A. Price provides diagnostic tools... 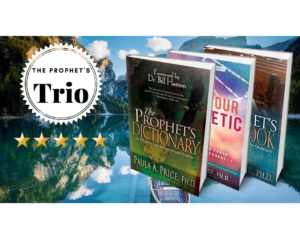 Discover and Train Your Gifts of Prophecy.

Before the Garden: God’s Eternal Continuum 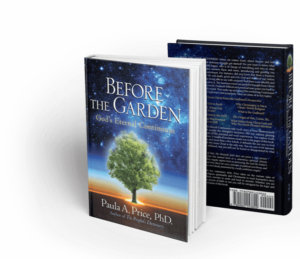 HAVE YOU EVER WONDERED where sin comes from; where heaven and hell are and how the light and darkness struggle got started? Do you want to know what happened before this world began, who is in charge of everything and who or what is God? ....