3D is a systemic platform for soul restoration.

Beloved, I wish above all things that thou mayest prosper and be in health, even as thy soul prospereth. 3 John 2:2 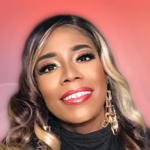 Prophet Angela Powers is an ordained prophet of the New Era Apostleship Restitution Collaborative headed by Chief Apostle Dr. Paula A. Price, renowned author of the Prophet’s Dictionary. Prophet Powers serves as a member of NEAR’s Global Company of Prophets and as the Supervisory Prophet for the NEAR Global Intercessory Squadron. She is the visionary & founder of the World Impact Institute.

There are no reviews yet.